Although masterful visual predators by day, chameleons lack light-sensitive rods in their eyes and thus have poor night vision. Because of this they typically retire at dusk to a sleeping perch, often returning to a favorite exposed branch which ideally puts them out of the reach of nocturnal snakes. This dozing Two-banded Chameleon (Furcifer balteatus) can be identified as a mature male by the two large rostral horns on his head, ornaments which are used to compete for mates. Endemic to only a small region of Madagascar’s southeastern rainforests, this species has become increasingly endangered and rare due to habitat loss and collection for the pet trade. Ranomafana National Park, Madagascar. 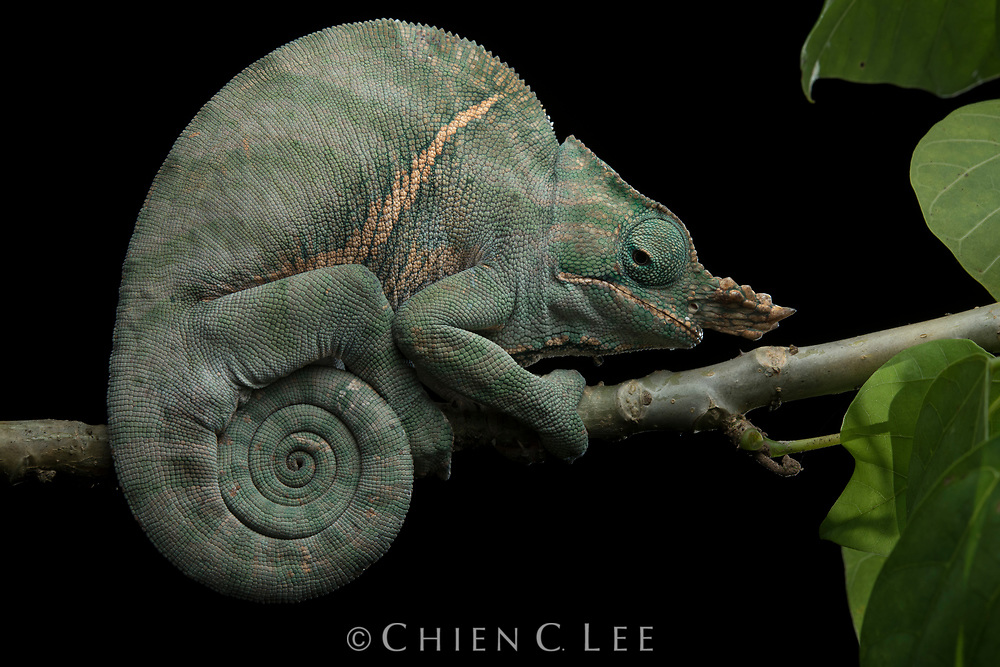